Below is a list of all of the scheduled 2020 General Meetings for Local 927. These meetings are for all bargaining unit members during which important matters of the Local will be discussed.

Teamsters Canada is proud to offer for the second year, four (4) scholarships of $2,500 to eligible members who wish to continue their education in their current field or expand into a different industry.

It is important to point out to the members that the Teamsters Canada Scholarships are for members only, not for their children.  The Deadline to apply is October 31st.

Founded in 1903, the International Brotherhood of Teamsters represents 1.4 million hardworking men and women throughout the United States, Canada and Puerto Rico. Visit http://www.teamster.org for more information. Follow us on Twitter @Teamsters and on Facebook at http://www.facebook.com/teamsters.

Below is a list of all of the scheduled 2019 General Meetings for Local 927. These meetings are for all bargaining unit members during which important matters of the Local will be discussed.

As you know the election of officers for Teamsters Local 927 is being conducted by mail ballot Due to gauging the effects rotating strikes have had on mail delivery, there has been a delay in putting the ballots in the mail.

Ballots are in the mail now to all active members and new applicants eligible for membership in Local 927. All ballots must be received by at the designated Post Office Box indicated on your prepaid ballot return envelope by 10 am on December 11, 2018.

Members who have not received a ballot by November 30, 2018, or members requesting a duplicate ballot should contact Teamsters Local 927 at the toll-free number 855-681-5301 or the local number at 902 445 5301 to update their address and have another ballot mailed out.

This notice must remain posted until December 11 th, 2018.

Local 927 is excited to announce our 2nd Annual Golf Tournament in support of Phoenix House/Phoenix Youth Programs and for the education and promotion of women in the workplace. While last years Tournament was a great success, we have moved venues to the Lost Creek Golf Club and this event includes 18 holes, Trophy’s, Power Carts, Hole Prizes and Door Prizes to be won, Dinner, and an exciting Auction, as well as a 50/50 Ticket Draw! Entry per team is 400.00, to register, please contact Jen at the Local : 902-445-5301.

We are very proud of our sponsors:

It is with great sadness that we say goodbye to a long standing member of Teamsters Local 927.  Terry Noble passed away October 19th, 2017 at the Moncton Hospital.  His family asks for any donations to be made to a local minor hockey association to honor Terry’s love of the game.  We are including a link to his Obituary for you to view:

The tournament will proceed rain or shine, no rain cheques.

We are very proud of our Sponsors:

Teamsters Local 927 Executive Board – Hole in One Sponsor

Below are the logos of some of our sponsors: 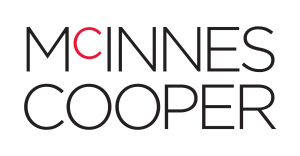